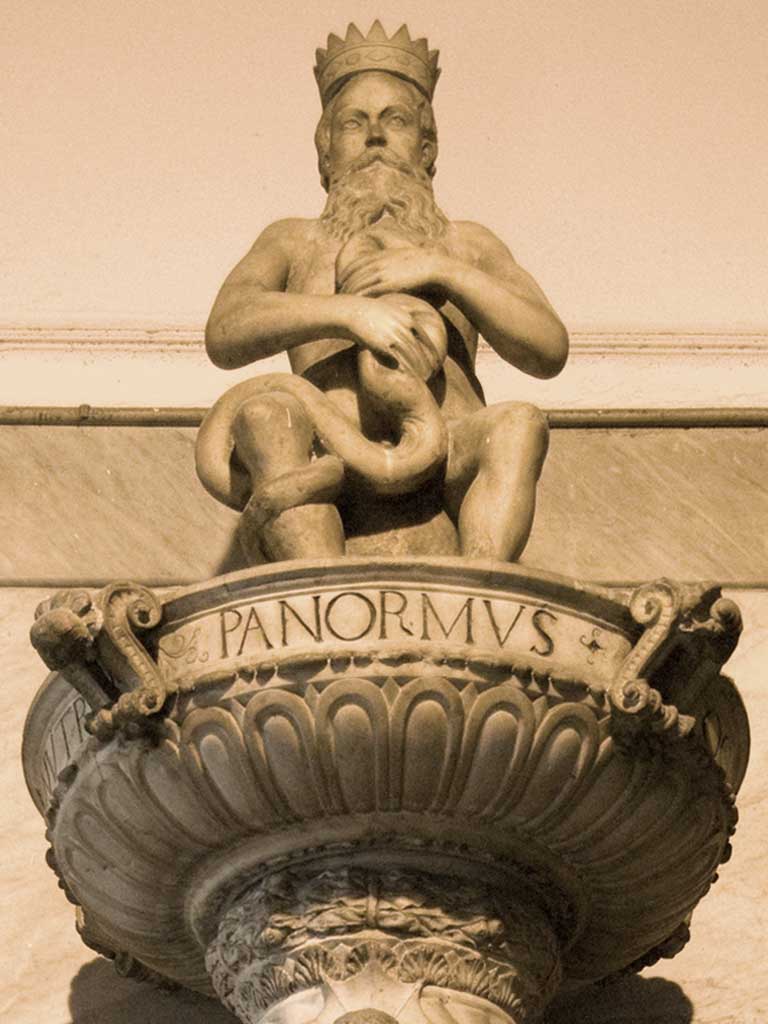 “Panormus conca aurea suos devorat alienos nutrit”: this inscription lies at the bottom of a statue at Palazzo Pretorio. It means “Palermo the golden dell, devours hers and feeds the foreigners”. An omen more than a motto, yet this words describe perfectly the very soul of the city and the citizens of tha capital of Sicily.

The very symbol of the city is the statue itself: it portrays the Genius of Palermo, an icon that goes back to the Roman times, a crowned old man holding a snake feeding from his heart. The one in Palazzo Pretorio is just the first of nine statues located around the city centre. In the following weeks we’ll take you on a true scavenger hunt to discover them all.