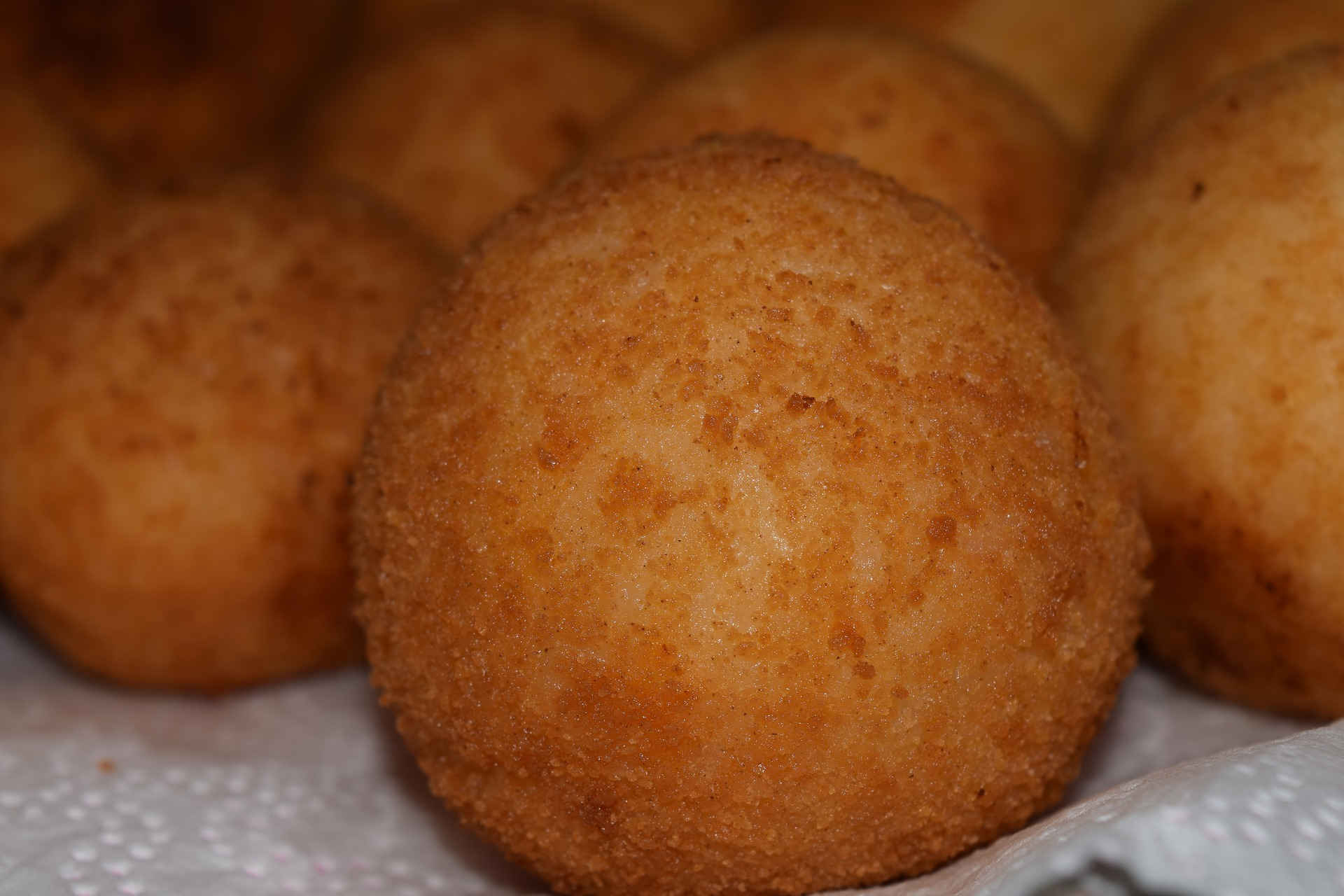 If you’ve ever been to Sicily, you must have heard about the arancina, one of the tastiest and peculiar food you can eat on the island. The arancina has been included into the traditional Italian agri-food products list as a Sicilian cuisine specialty. Basically, we are talking about a fried-rice ball which has different types of seasoning inside.

During the centuries, this food specialty has been center of debate for its name. To really understand this fight between the two half of Sicily, we gotta have a little look about the history around the arancina.

The origins of this dish go back to the Arab domination of Sicily, somewhere between 9th and 11th century and they used to crumple a little saffron rice in the palm of the hand, and then season it with lamb before eating it; hence the metaphorical name: a rice ball in the shape of a small orange.

The Arab used to call those “meatballs” as the fruit that came closest for dimension. The comparison with oranges were natural in Sicily, given the abundance of them. Unfortunately, there are no signs of this specific preparation of the arancina inside literature, and that’s why the debate started.

The debate: arancina or arancino?

According to the writer Gaetano Basile, this dish should be called arancina because its shape resembles that of an orange (arancia, female). So, for the ones who live in towns that are in the western part of Sicily, for example Palermo or Trapani the official name for this specialty is and will always be arancina.

The well-known Accademia della Crusca tried to solve this delicated problem about the official denomination of the Sicilian specialty, and it has succeeded. The Accademia della Crusca made a lot of research, and they all converged into one point: both names are good to describe that little fried-rice ball. So whether you’re from Palermo or Catania, whether you call it arancina or arancino, the most important thing is that the arancina/o is one of the most delicious things you can eat in Sicily.

Quoting the official website of the Accademia della Crusca:

Which means: “Male or female, pointy or round, it’s the end of the world”, and I couldn’t agree more!