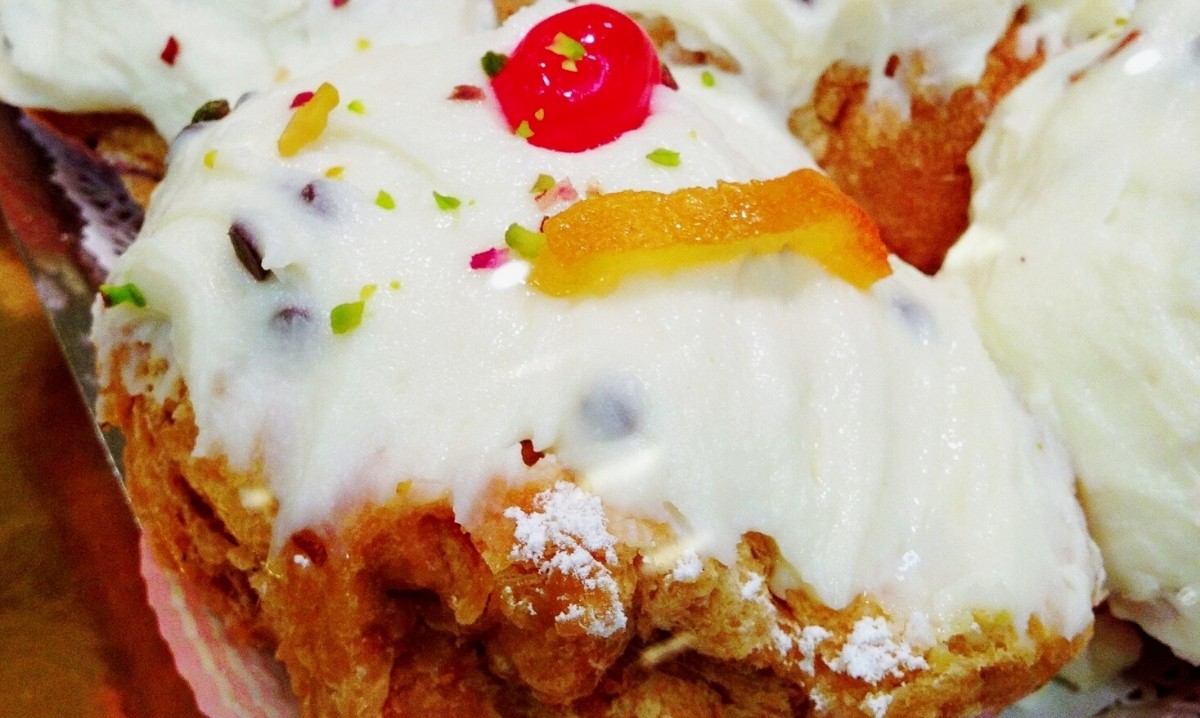 If you want to know everything about the mysterious and intricated origins of the sfincia di San Giuseppe, you are in the right place! After reading this article, if you have never heard of it, you will want to try one!

On the 19th of March in Italy, it’s Fathers’ Day, and in Sicily, every celebration is a great occasion to eat some typical Sicilian food. In this case, we are talking about a Sicilian dessert!

The origins of the sfincia are uncertain. Originally this dessert has been prepared in Palermo, but the Arabic population created the first recipe. Over the years, it became beloved all over Western Sicily. One of the main ingredients of this dessert is the ricotta cheese, made from sheep’s milk, like the Sicilian cannolo.

You might wonder, “what sfincia di San Giuseppe means?” and “what has Saint Joseph to do with it?”. Well, let’s find out.

The name sfincia probably derives from the Latin word spongia or isfang, an Arabic word; both words mean sponge, which is due to its irregular shape and fluffiness, which reminiscent of a sponge.

San Giuseppe, or Saint Joseph for the English speakers, is celebrated on the same day as Fathers’ Day. The nuns of the monastery, who have contributed to creating this fantastic dessert, as we will explain to you in the next paragraph, were devoted to Saint Joseph. So that’s why this Sicilian food dessert is named after him.

Knowing the history of the sfincia di San Giuseppe makes it even tastier. It is not so common to have the pleasure of enjoying a dessert that has such a rich past.

The history of the sfincia di San Giuseppe

This Sicilian dessert has a lot of history. It has even been mentioned in the Bible and the Koran.

The first trace of the sfince di San Giuseppe goes back to an Arabic recipe.

It was basically deep-fried bread. Sicilians were under Arab rule between 827 A.D and 902 A.D. However, we do not know for sure when this recipe has been created.

Afterwards, the nuns of the monastery of the “Stimmate di San Francesco”, located in Palermo, added to the recipe the Sicilian touch filling it with the ricotta cheese, creating in this way one of the most peculiar and savoury Sicilian desserts. They decided to dedicate this recipe to San Giuseppe, so it is typical to eat it on his celebration day.

This one wasn’t the last change made to the sfincia di San Giuseppe recipe. Palermo’s best pastry chefs have improved it even more. Let’s see how.

Nowadays, the sfincia di San Giuseppe is a big soft fritter covered with ricotta cheese, pieces of chocolate decorated with grains of pistachios, candied orange and a cherry. In some patisseries, to make it even tastier, they dress and fill it with ricotta. The first bite is an explosion of flavour and sweetness.