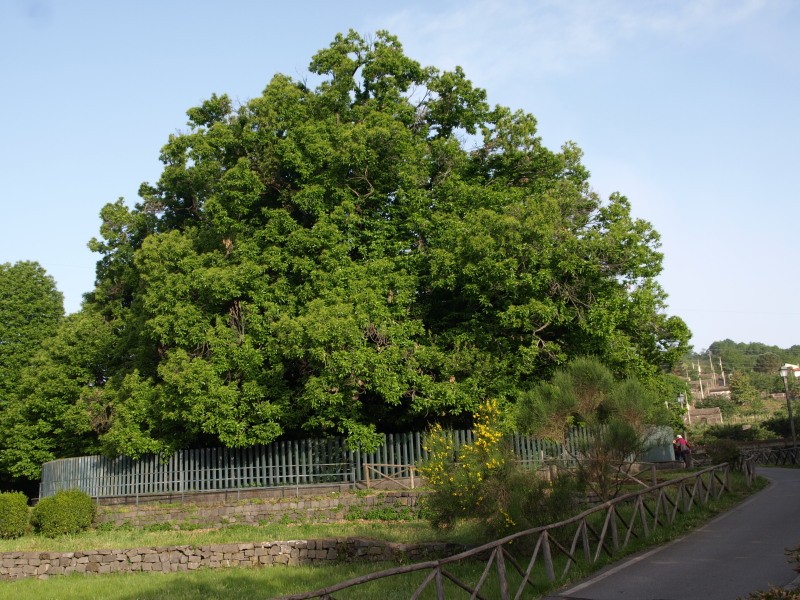 We want to tell you a story, a short one don’t worry. There is a tree that is considered the oldest and biggest in Europe. It’s located in Sicily, in Sant’Alfio, a lovely hamlet near the Eastern slope of the Mount Etna.

Believed to be between 2.000 and 4.000 years old, the tree is known as the Hundred Horse Chestnut tree (Castagnu di Centu Cavaddi in Sicilian). Why? It is said that under its huge branches the Queen Joanna of Aragon and her company of one hundred knights found shelter during a severe thunderstorm.

Another tip for you: the Hundred Horse Chestnut tree is listed by Guinnes World Records for having the greatest tree girth ever at 190 feet in circumference (22 metres).

One thought on “Legends of Sicily: the Hundred Horse Chestnut tree”