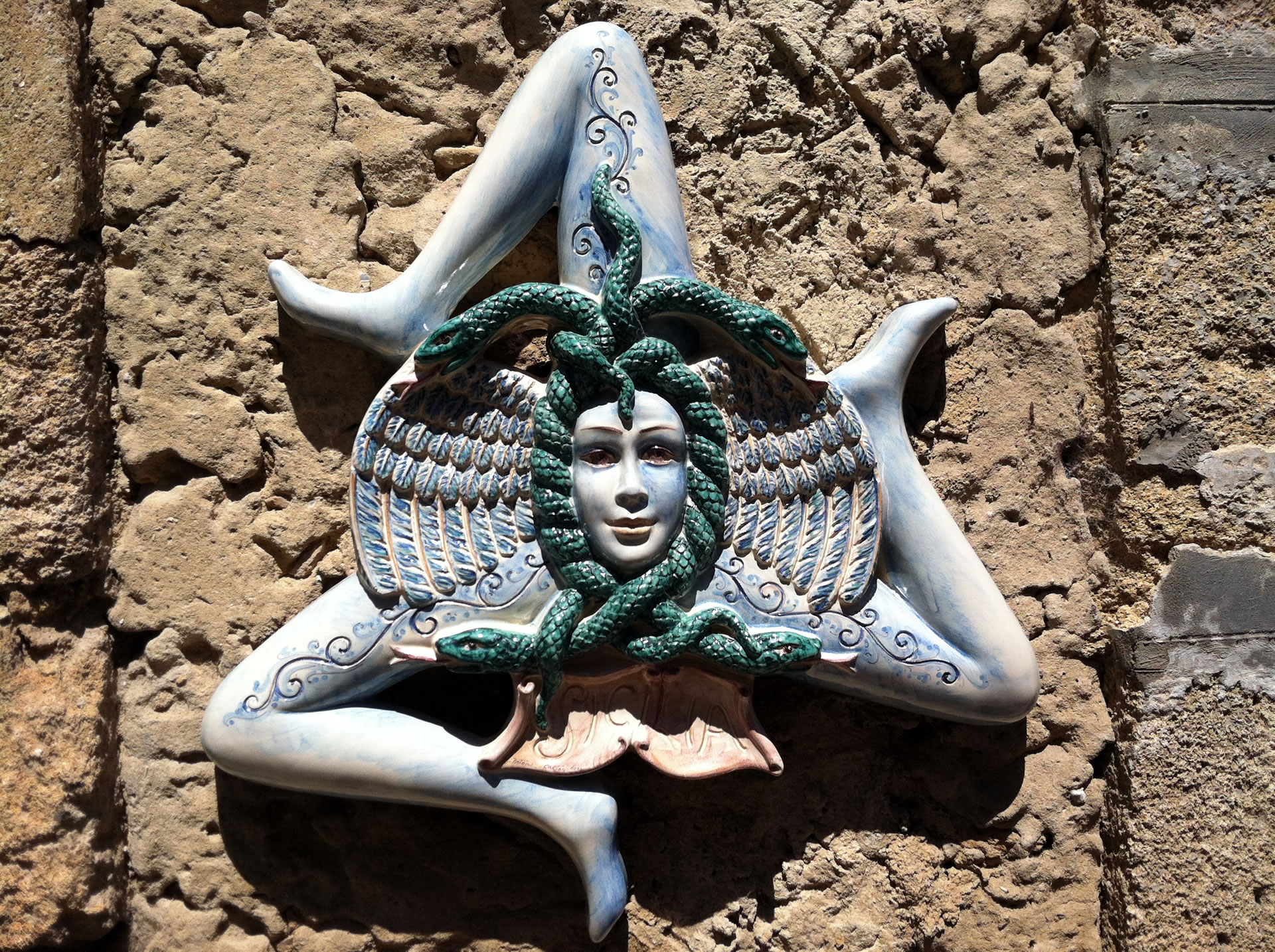 There is something special in Sicilian culture; there is always something you wouldn’t expect… behind every street corner, in people attitude, while you are tasting Sicilian food: keep your eyes open, Sicily will get you.

Have you just booked your next holidays? Maybe choosing one among the most beautiful Sicily villas to rent by Scent of Sicily Villas . You are lucky: but comfort and relax won’t be the only things you will find on the Island.

Sicily is a land of charm and mistery and today we want to unveil a few secrets about its ancient past and its name.

Siculi and Sicani were the first inhabitants of Sicily, that was originally named Sicania. Although upon their arrival the Greeks called the island “Thrinakia” – meaning “island of the three capes” – because of its shape.

Even in the eighth canto of the Paradise of the Divine Comedy, Dante Alighieri described Sicily as “the beautiful Trinacria”.

According to the myth, the island arose thanks to three beautiful nymphs who used to travel around the world, taking the best things from each land they visited. All together, the nymphs decided to stop their journey in a particular area where the sky was clear and the sea was deep and blue. There they threw to the sea all their treasures.

A land emerged from the sea, where all the wonders collected by the nymph were united: as the legend goes this is how Sicily and its three capes were born.

One thought on “Trinacria: story of Sicily and its three capes”